Celebrating Inclusive Excellence: Amber Green: Empowered to Achieve All That Is Possible

“Strive for that greatness of spirit that measures life not by its disappointments but by its possibilities.”

“Possibilities” was Amber Green’s answer to the question of what led her to pursue her current position at GTRI. Amber’s title of IT Project Management Support Specialist II is somewhat open-ended, and that suits her just fine.

To summarize what she does, Amber says, “I ensure employees understand all requirements for security clearance software before granting them access. I secure licensing and software for ISD. And, I pay a bunch of bills for ISD.”

However, there is always the possibility that the wide-reaching auspices of ISD will lead to Amber being asked to do more than only what is summarized in her job description. Amber’s resume, and her life, have been built on striving to do more—whatever’s possible.

The Path to GTRI

She recalls her thought process upon entering her current GTRI role:

“The opportunity was brought to me to work at GTRI in the IT department. It was an overwhelming notion because it was something new that I had not yet ventured into. But, I saw what could come with this new blessing.”

Prior to joining GTRI in March 2020, Amber worked in a Purchasing and Procurement role for the State of Georgia at the Department of Behavioral Health and Developmental Disabilities. At the time, that position did not align with her ultimate career goals in government. That incongruence is what led her to seek out new job opportunities.

“The goal was [eventually to become a] City Manager, Preferably within the Atlanta ‘bubble.’” she recalls. “[I wanted to work] anywhere from Henry County to Fulton County, and Douglass County to DeKalb County.”

Then, Amber saw what more was possible for her.

“Since joining GTRI, I’ve been rethinking the goals. Right now, I love where I work. I am learning all about licensing and software. And, I relish the idea of helping more Black and brown people get in the door.”

What got Amber “in the door” was a lifetime of pushing past weaknesses and disappointments, and continually striving for what was possible.

Amber says she draws the most inspiration from her mother, who instilled in Amber a relentless drive and a tenacious work ethic.

“She was the head of HR of a manufacturing company,” says Amber. “Her biggest lesson given to me was: take the emotion out of everything you say and do when at work. No feelings, just facts. Many will not like you for the blatant honest transparency, but they have no choice but to respect it.

“I have been working since the age of 15, and I enjoy it. In the midst of all that work, I love to create, transform, and know that I've made a difference!”

Since Amber works in IT support, one might think she has a history of STEM success in her educational background. She does not.

I suck at science. I barely passed it in high school and struggled in college. I let validation from my parents and [the TV show] ‘Grey’s Anatomy’ convince me that I could attend medical school. Those dreams crashed like a plane on fire with epic failing grades in Oceanography, Geology of National Parks, and Principles of Biology. In my last science class (Principles of Biology), I made an ‘F.’ But, during the final, my essay on what I learned in that class was so profound, the professor passed me so that I would not have to take any science class ever again.

I owe a great debt of gratitude to him. These failures illuminated how much I never saw people of color in any STEM setting. While my biology teacher was a Black man, none of my other science teachers were. I might have been a lost cause in science, but maybe this was due to no one ever teaching it to me in a fashion that I could understand. Not until that biology class. It was the teaching and receiving what was taught that hindered me. The inability to cohesively convey what I’ve learned is what failed me.

Amber realized that there are unique and powerful benefits for Black people and other people of color to be in an environment that celebrates, empowers, and cultivates their diversity.

That epiphany would plant seeds of future success in Amber. The fertile soil in which those seeds were planted was at a Historically Black College/University—Fort Valley State University.

For Amber, it did.

Amber admits that maintaining her high educational performance has been a struggle during her doctoral work. However, she is steadfastly persevering, and optimistically says, “We shall see how this plays out, God willing and the creek don't rise!”

Amber strives for success not only for herself but for others. She continually cites her family—but places particular emphasis on her five-year-old son.

“My personal goals are to create the best memories for my little human and my autistic older brother; to show them the world one trip at a time; to be at every Special Olympics event my brother participates in; to be the best team mom so that I have an up-close view of his joy in sports; and to my parents and grandmѐre [grandmother], age with dignity and grace.”

That passion for empowerment goes beyond herself and her family.

Over the years, my passions have grown and morphed. I have always been passionate about volunteering and social justice. After becoming a mother, those passions were amplified--and squashed--in ways I could not imagine. I may no longer participate in rallies and marches, but my five-year-old helps me with letter-writing campaigns to mayors, senators, and congresspeople. We participate in our local NAACP, where we are both members. We give back to the community when time permits us. God has blessed us beyond measure. It is only right that my little human understands that and acts as the blessing that has been bestowed on him.

Her life, and her son, have given Amber a heightened awareness of the importance of Black History Month.

“For the longest of time, Black History Month meant I got to hear the same speeches about the same 10 Black folks. Year after year, February after February,” she recounts. “Then, I had a son, and I set out to learn more. I wanted him to know that Black people did much more than sit on a bus and refuse to move. We were more than just conductors and civil rights leaders. We were doctors. We were lawyers. We created so many things. We were great. And, we continue to be great.”

GTRI and the Path to Possible Future Success

Amber believes that GTRI can be a great, fertile soil in which to plant seeds of success for all its employees. She says this can be done by doing what is stated in GTRI’s “Mission for 2021 and Beyond”: cultivating a diverse workforce.

Amber looks for more greatness in the future.

“My hope for the future is to lead by example. I want to be the positive example my little human needs to see. My hope is to be the change I want to see in people. My plan is to fully implement work-home life balance. I worked hard all my life to get to a point where I can now fully enjoy it.

Amber Green knows that her high hopes for the future are possible. 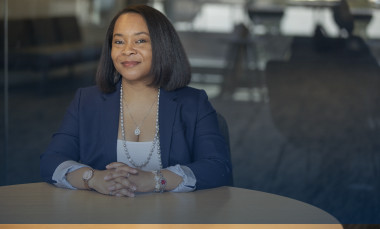 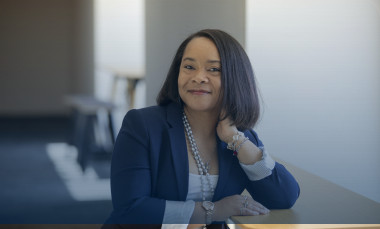 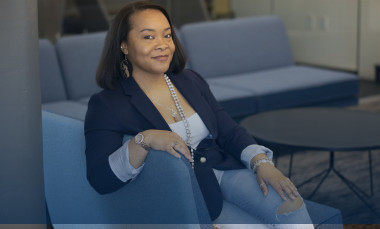 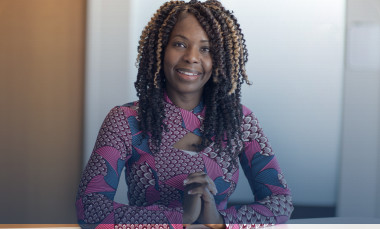 Celebrating Inclusive Excellence: Chikita Sanders Explains the Honor of Standing Up for Representation

GTRI Insider Threat Program Analyst Chikita Sanders’ career path may not be a straight line, but all the experiences and people she met along the way granted her the skills to succeed.
02.17.2022 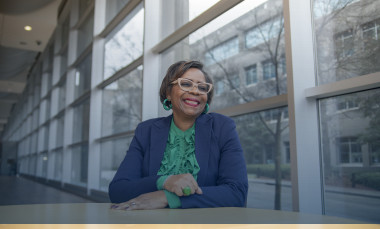 Senior Administrative Professional Lisa Manning has worked at GTRI for almost 11 years. Lisa empowers others and cultivates leaderships in them. For her, Black History Month represents not only a time to reflect, but also to spark victories and innovations.
02.09.2022 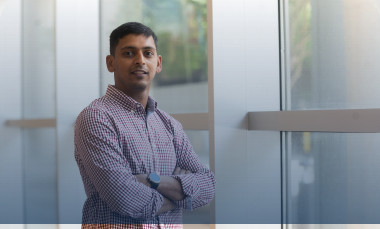