The AN/AAR-57 Common Missile Warning System (CMWS) helps protect Army aircraft from attack by shoulder-launched missiles and other threats. To keep this defensive system operating at maximum effectiveness, the Army periodically updates the software on the more than 1,000 AN/AAR-57 units in use around the world.

Before new updates are fielded, however, they must be thoroughly tested to make sure the software performs as expected. Thanks to collaboration between researchers at the Georgia Tech Research Institute (GTRI) and the Army Reprogramming Analysis Team (ARAT), that testing can now be done in a new integrated support station (ISS) that puts the software through its paces under conditions simulating actual aircraft operation.

Using a standard AN/AAR-57 system unit and associated sensors, the new ISS allows the Army to test software updates under a wide range of scenarios and conditions to make sure it will perform as expected on Army aircraft.

“The ISS creates an environment by feeding data to the sensors, simulating threats and monitoring the responses that the unit makes to the simulated threats,” said William Miller, a GTRI senior research scientist who leads the project. “The ISS then correlates the results to make sure the system’s responses are what should be expected from the threat information fed into the system.”

The ISS development was part of a multi-phase program that transferred sustainment of the AN/AAR-57 software from the system’s original equipment manufacturer to the Army. GTRI has been involved in the effort since 2010, working closely with ARAT program staff and leaders housed on the Georgia Tech campus in Atlanta.

“As a result of this project, the Army now has a complete process that they can follow based on the research we did with them over the past four years,” Miller added.

Missile attacks on low-flying helicopters typically take place over a short period of time, so the unit has to perform rapidly and at top efficiency. Once activated, the AN/AAR-57 can operate automatically without intervention from the crew.

“A missile warning system looks at the environment, picks up potential threats, and over a very short period of time determines whether or not there is an actual threat approaching an Army rotary-wing or fixed-wing aircraft,” Miller said. “If the system determines that there is a threat, it controls the dispensing of countermeasures. This happens so quickly that a pilot would not be able to detect the threat manually or respond manually.”

The project produced three ISS units. Two of the units have been delivered to the Army’s Aberdeen Proving Ground laboratories, where they are already in use. A third unit now at ARAT/GTRI’s Atlanta laboratories is scheduled to be delivered in the fall.

The project involved nearly 60 GTRI researchers at various stages of the work. Now that the three ISS units have been built, the researchers are working on other aspects of support for the Army’s AN/AAR-57 – including development of the next-generation of ISS. The AN/AAR-57 is used on the CH-47 Chinook, UH-60 Black Hawk and AH-64 Apache helicopters, and on various fixed-wing platforms.

The location of ARAT staff and leadership on the Georgia Tech campus has created a unique collaborative environment in which advances can be made quickly. “Because we are working side-by-side with them, we are in constant communication about the needs of the Army and how we can efficiently support their efforts,” said Miller. “It really is a team effort.”

For the GTRI researchers, the project provides not only an interesting technical challenge – but also a deeper reward.

“What we are doing is certainly interesting technical work, but the results go out into the field to save the lives of our soldiers and allow them to return home to their families,” said Miller. “All of us enjoy doing challenging engineering work, but when we stand back and look at what’s really happening here, saving lives is the rewarding part.” 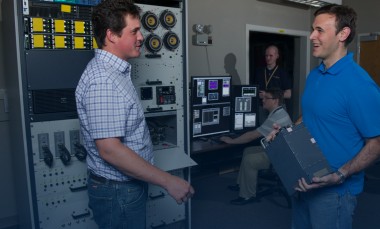 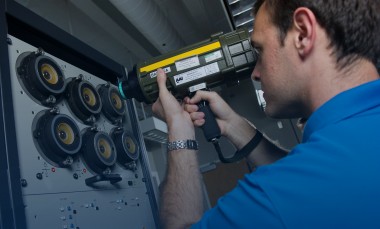 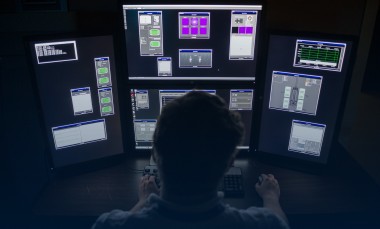 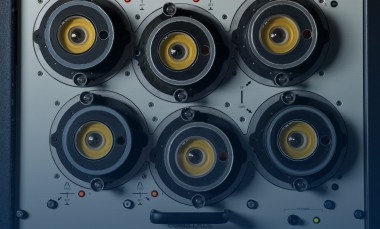 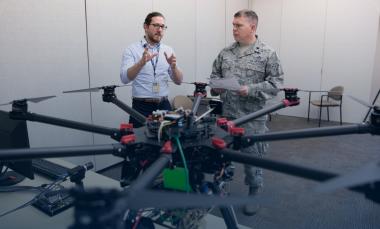 The U.S. Army Training and Doctrine Command (TRADOC) presented its Mad Scientist symposium on “Robotics, Artificial Intelligence and Autonomy” at Georgia Tech on March 7 and 8.
03.15.2017