Measuring very small changes in the brain’s magnetic fields could lead to a better understanding of maladies such as epilepsy, post-traumatic stress disorder, and traumatic brain injury, but the equipment used for such measurements today is bulky and expensive. Scientists and engineers at the Georgia Tech Research Institute (GTRI) want to address that issue by creating a new generation of atomic magnetometers based on clouds of rubidium atoms.

“Currently, there are no commercially-available magnetic sensing devices with sufficient sensitivity that are portable, yet there would be many potential applications for that technology,” said Robert Wyllie, a GTRI research scientist leading the project. “We want to determine how to make a portable array of very sensitive atomic magnetometers that can be used outside of a magnetically shielded room.”

The main challenge being addressed by the research is determining how the miniscule magnetic fields of interest can be measured apart from the massive fields created by the Earth – and by artificial sources such as electronic equipment. The project, which is fabricating its first vapor cell for holding rubidium gas, will tackle the challenge by looking at both the basic physics and the signal processing required.

Superconducting quantum interference devices (SQUIDs) are now used to measure extremely subtle magnetic fields like those in the brain. Based on superconducting loops containing Josephson junctions, these devices require cryogenic cooling, making them bulky and expensive. They achieve high magnetic field resolution, around 10-15 Tesla in one second, about 50 billion times smaller than the Earth’s magnetic field, which is so small that they are typically operated in shielded rooms to protect the signals they’re designed to measure from the clutter of ambient magnetic fields.

To broaden the diagnostic applications – and potentially provide magnetically-based navigation and detection – researchers need similarly sensitive devices that are smaller, less expensive, and able to operate without cooling or shielding. For that, they want to create a new generation of atomic magnetometers with unprecedented sensitivity, spatial resolution, and capabilities for vector measurement.

Using gaseous alkali metal atoms such as rubidium, atomic magnetometers in the lab are now as sensitive as SQUIDS. The new devices Wyllie and his team are developing would be used in arrays, with perhaps tens of devices to achieve maximum spatial resolution. The arrays would provide vector information about the magnetic fields, data that, with the right kind of signal processing, allows measurements impossible with a single sensor.

Using equipment in Georgia Tech’s Institute for Electronics and Nanotechnology, Wyllie’s team recently fabricated low magnetic field heaters and thermal isolation structures for temperature control of the glass cells that hold the rubidium. The heaters will raise the temperature of the vapor cells to push more rubidium into its gaseous state.

“There are two independent issues we are trying to address: the physics of making high-sensitivity magnetometers that can operate outside magnetic shielding, and understanding the requirements for signal processing in arrays of the devices,” Wyllie explained.

While the physics and signal processing are keys to developing this new generation of atomic magnetometers, there are also engineering challenges. For their testbed, the researchers had to avoid the use of metals because their conductivity allows random electronic currents that can generate magnetic field noise. Even doped silicon has to be avoided because of its conductive properties.

Likewise, wires – especially those used for heaters – must be carefully designed because electrical current produces a magnetic field. Furthermore, to keep the magnetometers small enough for use in arrays, thermal insulation must be kept to a minimum. The GTRI researchers plan to operate their new atomic magnetometer at about 100 degrees Celsius, which is easier to maintain than the cryogenic temperatures required for SQUIDs.

“Ultimately, we’ll build a few sets of these atomic magnetometers that can operate with high sensitivity outside of a shielded environment,” Wyllie said. “From there, we’ll scale up toward demonstrating some of these interesting applications.” 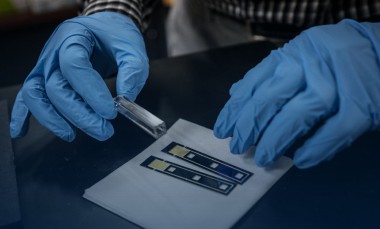 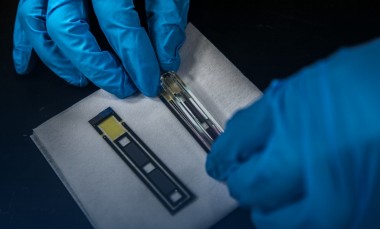 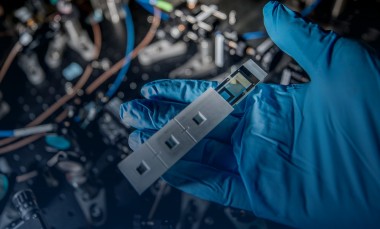 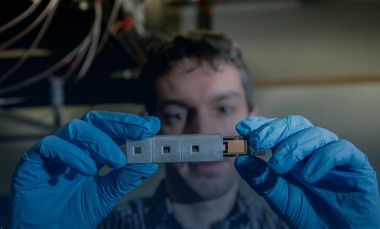 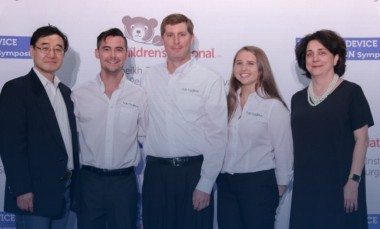