The smartphones in everyone’s purse or pocket could soon become powerful tools in the effort to control coronavirus in the campus community.

Georgia Tech has begun using NOVID, an exposure notification app that will help students, staff, and faculty be anonymously notified if they have potentially been exposed to Covid-19. Use of the app is voluntary, and it is available at no cost to members of the Georgia Tech community. A link to information about the app is available from the COVID Central portal: (covidcentral.gatech.edu).

Developed by researchers at Carnegie Mellon University, NOVID captures no personally identifiable information from people using it. Instead, smartphones running the app exchange synthetic codes with other smartphones that are nearby for more than a brief period of time. If the owner of one of the phones tests positive for the virus, they can notify other app users with whom they have been in contact without identifying themselves or sharing any personal information.

That rapid notification can facilitate early testing, slowing spread of the virus from infected individuals who may not be showing symptoms yet – or who may be asymptomatic.

In a large community, exposure notification apps can fill in the gaps by finding individuals who might have been close enough to be exposed to the virus but not known to the individual with a positive test result. These could include, for instance, someone working nearby in a makerspace or lab – or working out on nearby equipment at the gym.

“Manual contact tracing has been proven over time to be extremely useful for tracking all of the contacts that you know about,” said Alexa Harter, director of the Georgia Tech Research Institute’s (GTRI) Cybersecurity, Information Protection, and Hardware Evaluation Research (CIPHER) Lab. “An exposure notification app is useful when you are in contact with someone you don’t know. It’s very good at the kinds of interactions that manual contract tracing doesn’t do as well.”

Installed on an iOS or Android smartphone, the app exchanges information with other phones also running the app. It records a frequently changing code to other devices so they can be alerted if necessary, but without sharing any personally identifiable information. Pairs of code interactions are stored on the NOVID server for a limited period of time.

On a college campus, faculty, staff, and students may walk past hundreds of people on sidewalks and hallways, but those brief encounters are not used for exposure notification because evidence suggests that such interactions have a very low risk of disease transmission.

NOVID leverages a combination of ultrasound and Bluetooth technology to note other devices that are within 6 feet, and only if they remain that close for 15 minutes or more. By briefly using the device’s microphone and measuring the time sound takes to travel, ultrasound can accurately measure the distance between devices. The benefit of this combined method is avoiding false positives that would be generated from Bluetooth alone, such as contacts that may be on the other side of a wall – nearby, but not creating a risk of exposure.

If a student receives a positive Covid-19 test at Stamps Health Services, they will be given a one-time code that they can enter into the app, which will send a notification to other phones the app has recorded as potential exposures. Community members who have received positive tests elsewhere on campus or off campus are required, as part of public health regulations, to report their positive Covid-19 status to Stamps Health Services. They will receive an app notification code at that time.

Persons being warned through NOVID of a potential exposure will be encouraged to isolate themselves, monitor for symptoms, and be tested for the virus. The app will provide directions for how to contact relevant campus services when alerting a user that they have potentially been exposed.

Researchers from the GTRI CIPHER Lab’s Software Assurance Branch have evaluated NOVID for privacy protections to make sure it doesn’t record personal information that could identify users – and for cybersecurity issues to make sure it protects the device. “They found it was not collecting anything it shouldn’t be collecting or transmitting anything it shouldn’t be transmitting,” said Harter.

When launched for the first time, the app will ask users of iOS phones to give it permission to use the device’s microphone. That allows the ultrasound system to determine distance from other phones. The GTRI researchers found that the app did not store or transmit sound received via the device's microphone, and did not send sound via the device's speaker other than what is necessary for detecting potential contacts. On iOS devices, the app must be operating in standby mode to detect contacts.

Android users will be asked to allow the app to access location information. That’s necessary to use the device’s Bluetooth radio, which is part of the distance-finding process.

Because NOVID sends out signals only intermittently, it has minimal effect on battery life. Battery usage is slightly higher on Android than iOS because of Android's background mode.

The effectiveness of exposure notification apps grows with the percentage of community members using it. The app can also be helpful to smaller groups, such as fraternities or sororities that may be able to encourage a high percentage of members to use it.

“The more members of the Georgia Tech community that are using this, the more effective it will be in helping us stop the spread of infection,” said Jon Duke, director of Georgia Tech’s Center for Health Analytics and Informatics who led adoption of the software with Harter. “Addressing the pandemic will take a community-wide effort involving testing, wearing masks, maintaining distance from others, and frequent handwashing. NOVID is another part of that effort.” 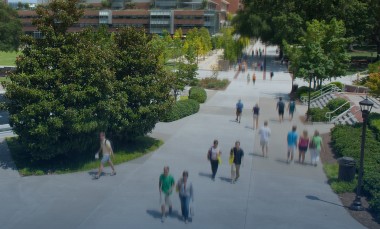 Will Smartphones Help Us Keep COVID-19 Under Control? 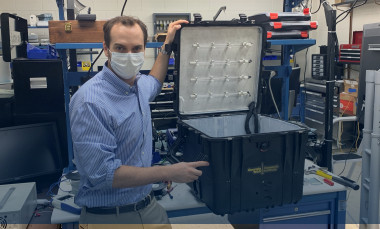 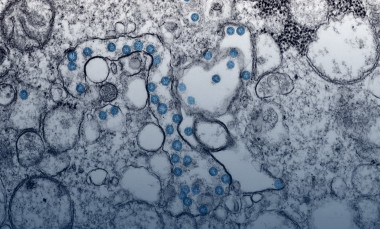 Researchers from the Georgia Tech Research Institute (GTRI) partnered with the Centers for Disease Control and Prevention (CDC) to create new dashboards which increase the productivity of sorting public health data, specifically related to COVID-19.
07.21.2020