Phenomena that generate a type of low-frequency sound known as infrasound could become easier to detect and measure thanks to a new technique under development at the Georgia Tech Research Institute (GTRI). Infrasound, which cannot be heard by humans, is produced by tornados, earthquakes, explosions, wind turbines, the motion of large vehicles, aircraft and many other natural and human-created sources.

Infrasound waves can travel long distances – hundreds of miles – and are largely unaffected by obstacles in their way. Generally defined as frequencies below 20 Hertz, infrasound has until now been detected and measured using arrays up to an acre in size that use hollow pipes or elements similar to garden soaker hoses to separate the sounds of interest from noise created by the wind.

GTRI researchers have developed a novel infrasound analysis technique based on wavelet technology, a mathematical approach that represents a signal at different scales, using unique features at each scale. This technique, when applied to infrasound recordings, separates the wind noise from other signals of interest. That allows infrasound sensors to become small enough to be easily portable, permitting new types of measurements – including tracking small and large aircraft and studying effects on humans.

VIDEO: Until now, detecting and measuring infrasound – low-frequency noise that is inaudible to humans and generated by tornadoes, explosions and other sources – has been challenging. But GTRI researchers are changing that. 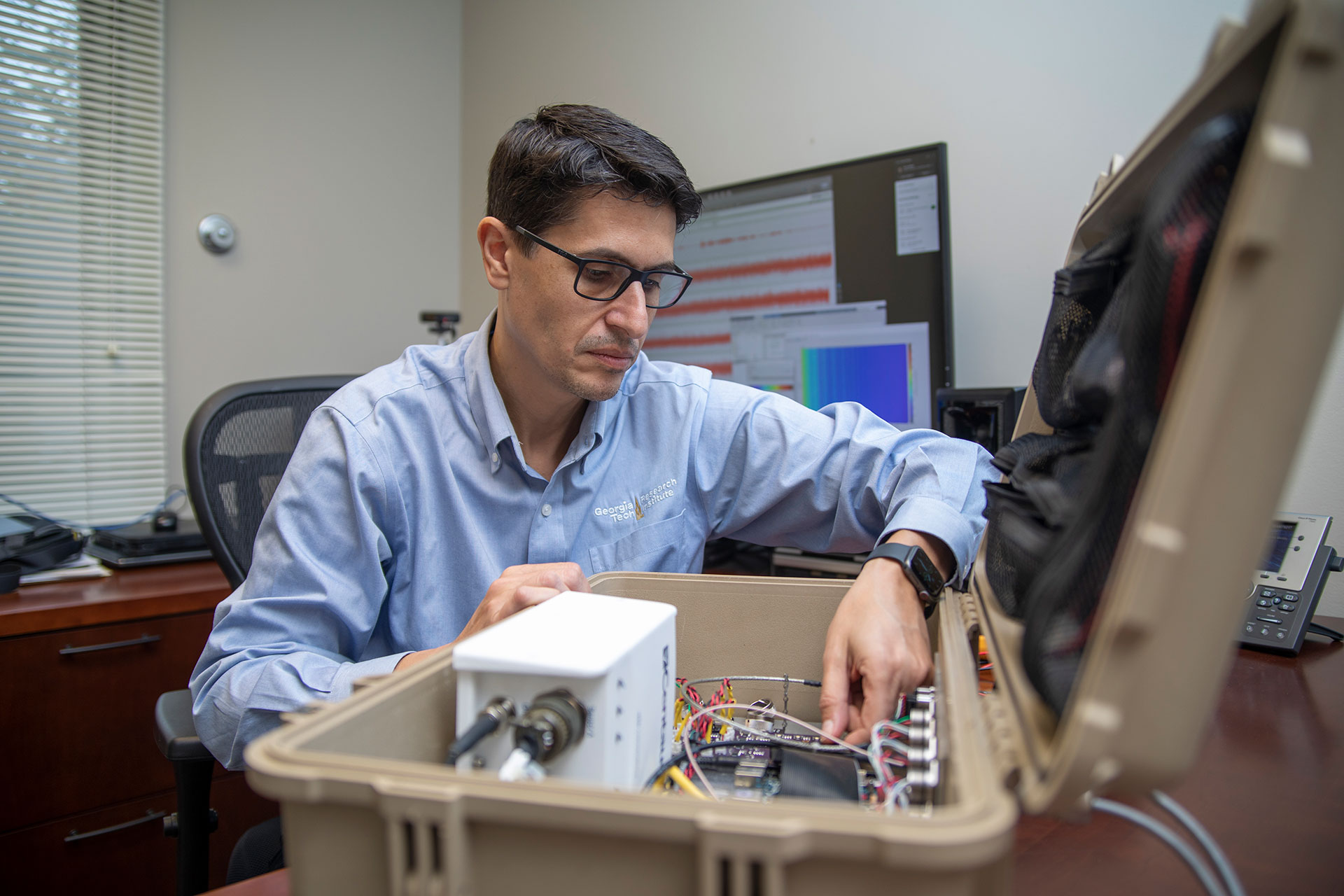 Alessio Medda, a GTRI senior research engineer, checks out equipment used for recording infrasound signals. GTRI is using wavelet technology to analyze signals that can determine the location of the source and deliver information about what’s generating the noise. (Credit: Christopher Moore, GTRI).

“We have been able to implement wavelet technology to get data more accurate than what has been possible using other methods of removing wind noise,” said Krishan Ahuja, Regents Professor and Researcher and head of GTRI’s Aerospace and Acoustics Technologies Division. “We have come up with a way to completely eliminate the hoses and reduce the size of the windscreen. This can all be done with signal processing.”

Hydrodynamic noise produced by wind has frequencies comparable to those of infrasound, so wind noise must be suppressed to obtain useful measurements. The most common way to achieve this has been to use long pipe arrays or large arrays of soaker hoses to gather the sound. The arrays allow pressure variations to be averaged over the length of the structure, thereby reducing the impact of the turbulent wind field. Other approaches to reduce wind noise use large tents covering the infrasound sensors, which also limits where they can be used.

The technique developed at GTRI uses smaller windscreens – or no windscreens at all – along with a wavelet denoising technique that breaks down the signal mathematically and then partitions out what is wind noise before reconstructing the remaining infrasound for analysis, explained Alessio Medda, a GTRI senior research engineer. The resulting reconstruction produces an infrasound signal in which the noise is greatly reduced. 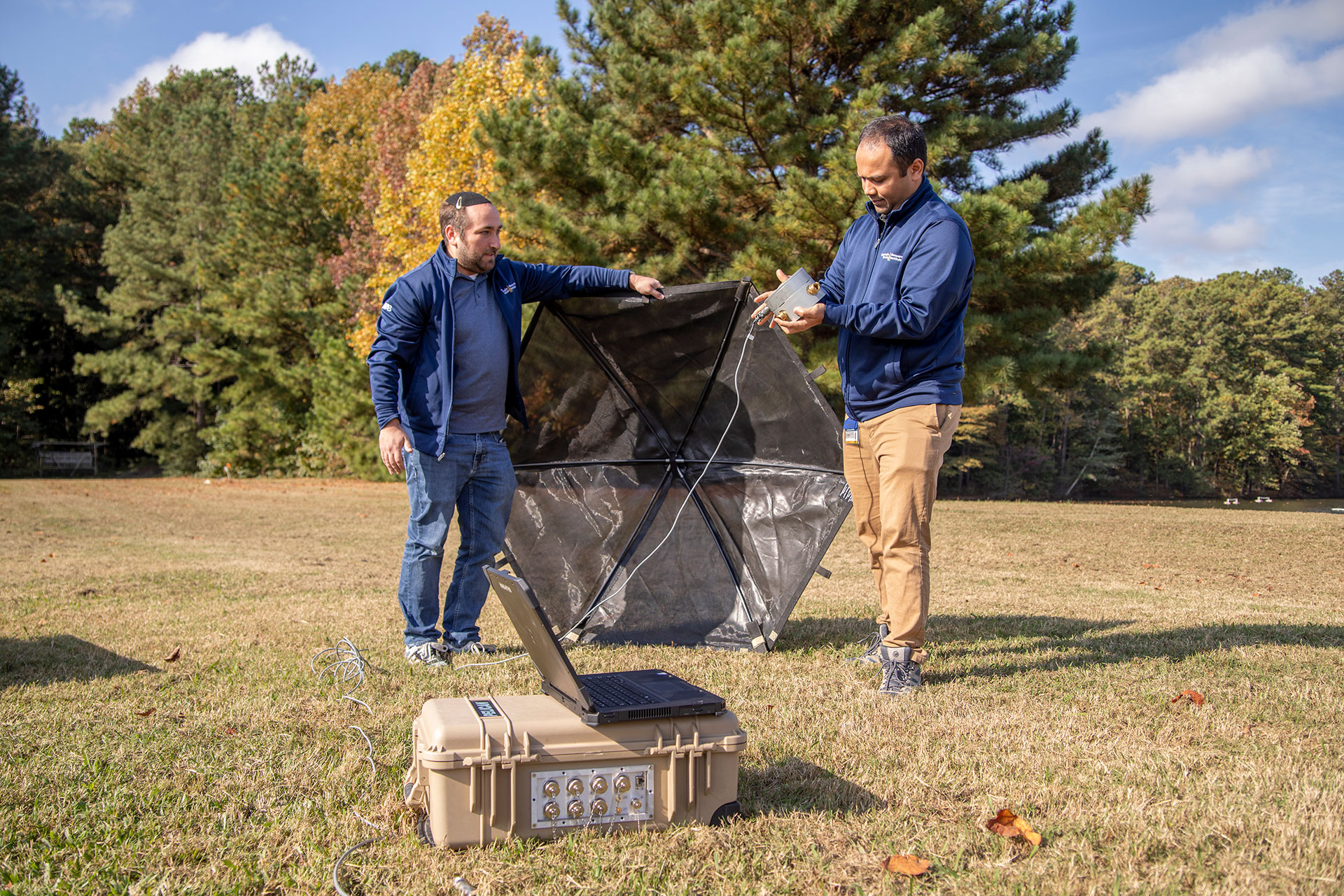 GTRI researchers compared infrasound signals gathered with a traditional 50-foot radius soaker hose array against the signals produced by the wavelet technology. Except at the very lowest frequencies, signals produced by the two techniques were in agreement, demonstrating that the wavelet denoising technique can be used on a signal measured – even without the use of a windscreen.

The GTRI research team has used infrasound to plot the flight path of a small aircraft, detect a building demolition explosion 25 miles away from their instrumentation site, and even to monitor the approach of tornados during severe storms. Beyond the location of the source, analysis of infrasound signals can determine if the source under observation has rotating equipment such as fans, uses machinery that produces continuous waves or produces explosions that create impulses.

“By using the right number of sensors in an array, you can pinpoint the source of the infrasound,” Ahuja said. 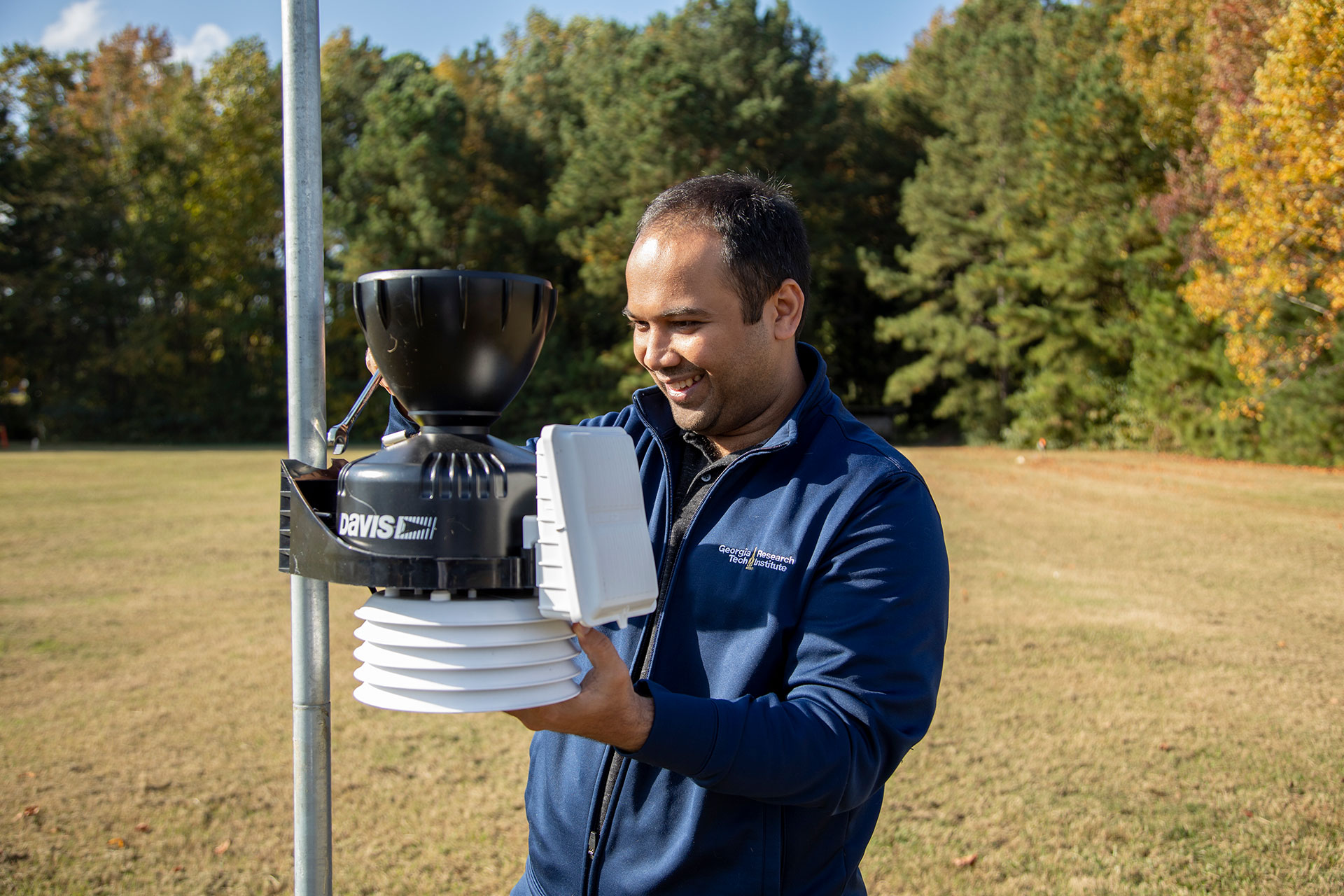 In addition to development of the wavelet technique, GTRI researchers have also expanded their infrasound research through new techniques and testing programs. These included: 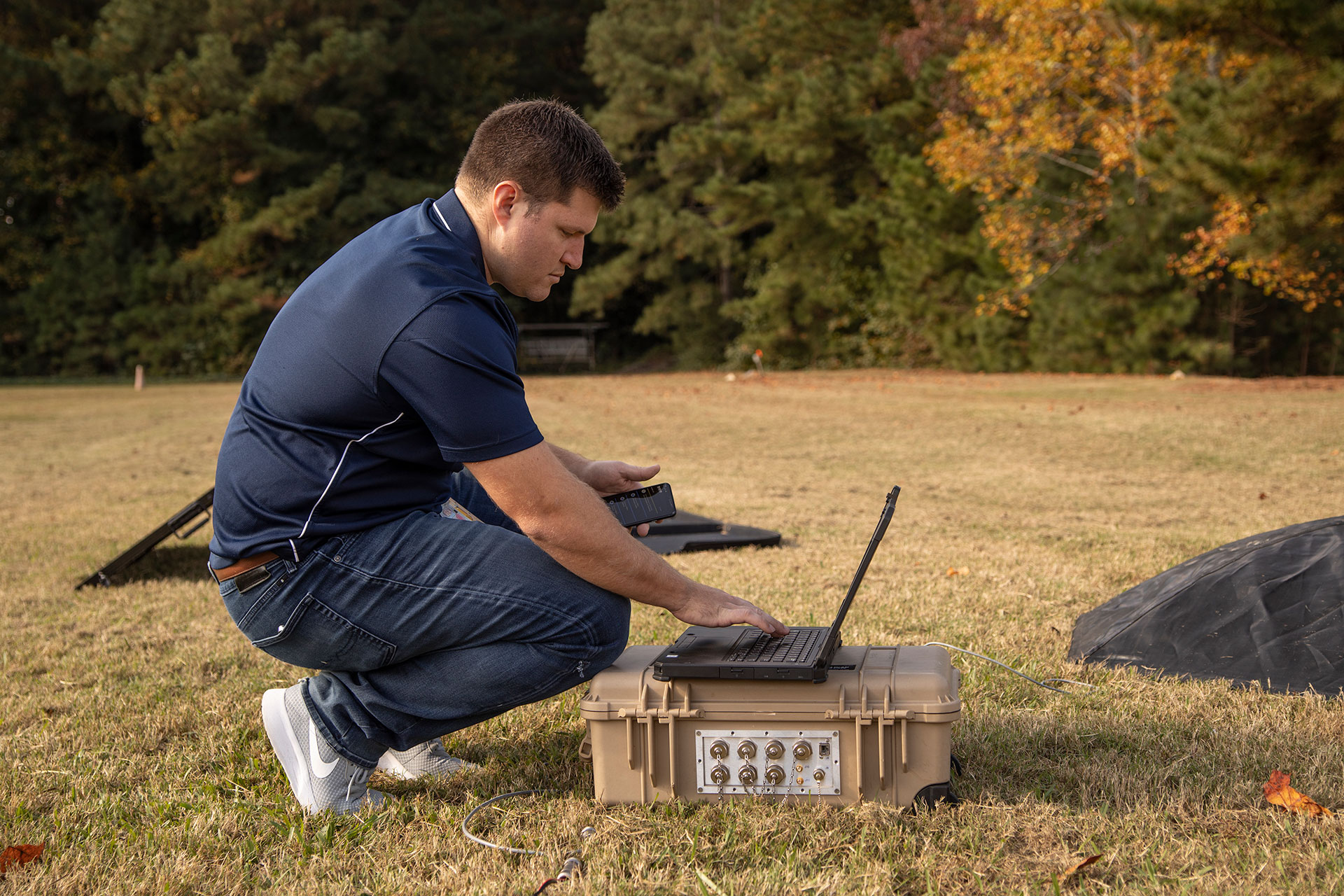 Going forward, the researchers plan to collaborate with medical research teams to study the effects of infrasound on the human body. Cavities such as the heart, head, stomach and chest resonate at different frequencies, and can cause symptoms of illness when exposed to certain frequencies of infrasound.

“Explosions that are not large enough to cause traumatic brain injury can still create symptoms, particularly during repeated exposures,” said Rob Funk, a GTRI principal research engineer. “Studying this may help improve the health of military personnel who may be exposed to infrasound.”