Proactive Artificial Intelligence: Caring for the Elderly in the Comfort of Their Own Home

Each summer, high school students are seen in labs across the Georgia Tech Research Institute (GTRI) as part of the STEM@GTRI summer internship program. These students have the opportunity to work on a variety of projects, gaining real-world, hands-on experience from experts currently developing the next personalized technology.

Senior Research Scientist Jeff Hurley and Principal Research Engineer Reggie Ratcliff, both housed in the Electronic Systems (ELSYS) Laboratory, hosted four high school students for GTRI’s summer program. Inspired by the experiences of his aging mother, Hurley began envisioning a home-based Artificial Intelligence (AI) system that would take the initiative to speak to its users proactively, rather than reactively like many of the conventional smart speakers on the market.

The Senior In-Home Artificial Intelligence (AI) Assistant project, designed by Hurley and Ratcliff, came to reflect the motivated and proactive students they worked alongside. Interning at a research institute as a junior or senior in high school during the summer can indeed be called proactive, which was the same spirit that the device needed to imitate.

In the market of smart speakers, saturated with devices like Google Home or Amazon Echo, Hurley and Ratcliff envisioned something unique that stands out from the rest. When visiting his elderly mother, Hurley discovered that at her age, she would spend many days sitting in her chair, not often finding the energy or companionship to go outside of her home. Hurley imagined a device that could aid people like his mother, but would act more like a friend and a caretaker, rather than just an electronic device.

“I thought it would be really nice to have something she could interact with that might help alleviate some of the loneliness she suffers, due to not having anyone else living in the house,” explained Hurley. A solution to loneliness might be found with alterations to current smart home devices on the market.

Traditional smart speakers wait for a keyword response and a following question or instruction before they begin interacting with the user. Instead of this common reactive approach, the team’s technology would be proactive, asking its users how their day was or reminding them it is lunchtime while also asking what they are going to eat.

This home-based artificial caretaker would be a friend to the elderly, a device that could keep people company while they stayed in the comfort of their own home – a true AI friend supplying personal care.

Training Both AI and Students

After the students traversed the application and acceptance process, Hurley and Ratcliff were able to select the interns who would form their team. Four students, Tim Hurley, Connor O’Hara, Brian Oten, and Robbie Ratcliff, were chosen for the project based on their interests and experience level. After the selection process was complete, both researchers were pleasantly surprised to find their sons, Tim Hurley and Robbie Ratcliff, had been selected by the other researcher. As a result of his placement, Tim Hurley was able to work on a project inspired by his grandmother, thus personalizing the project and providing a unique perspective on the potential impact of his internship.

Throughout the program, mentors Hurley and Ratcliff guided the students, becoming acquainted with them along the way. Each of the students expressed interest in the fields of science and technology. Specifically, members of the group were looking to major in computer engineering or electrical engineering at the Georgia Institute of Technology (Georgia Tech). The hands-on experience provided through the GTRI internship program was indispensable, helping the students explore their interests and expand their horizons to careers in research and development.

The students entered the program at different skill levels, something the researchers were able to cater to over the course of their project. Hurley clarified that when designing intern projects, “It’s important to realize they are high school students. You want to try to have a project that can be multileveled so students with different skill levels can still contribute and feel like they’ve made a significant part of your project.”

The project designed by Hurley and Ratcliff exemplified this concept by building a complex system through simpler elements. Python, a simple and easy language for beginner coders, and Raspberry Pis, which are low cost, small computers renowned for enabling people of all ages to explore computing, were the perfect components for Hurley and Ratcliff to build their project around.

The project’s design fostered an atmosphere of learning. While the mentors were present to guide their interns, the students brought various levels of experience, which allowed them to also teach each other. Over five weeks, they created top-level code with the help from their mentors, each other, and sometimes Google. Through networking multiple Raspberry Pi devices together, the students essentially created an Internet of Things to support their AI assistant.

Ratcliff found himself constantly amazed by the quality of work that the students were able to accomplish. “I was a geek in high school but was doing nothing like what they were doing. I was amazed that they could take on the project of building an almost professional quality product, even in the early prototyping stage.”

The Future of Smart Homes

The four summer interns completed their program at GTRI by demonstrating their work to an audience of researchers and their parents. Each student was responsible for coding one Raspberry Pi, two focusing on the visual aspect and the other two focused on the natural language interface.

After conquering the obstacles of crashing devices and working to redefine their demonstration, the team was ready to display their weeks of work. On July 17, the group completed their final presentation, unveiling what could be the future of smart homes.

While the students may be back at school, Hurley is still developing bright ideas for the future of their team’s home assistance device. “The device really has immense potential, and we’re looking to explore if the device could detect strokes via facial recognition, automatically learn new people in a house as they entered the house, or even become mobile and move around the house.”

Perhaps another team of interns will pick up the project next summer and continue to explore advanced AI assistants for the elderly.

To learn more about the STEM@GTRI program and how to get involved, visit stem.gtri.gatech.edu. 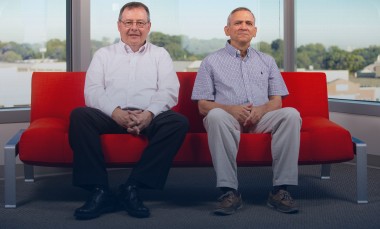 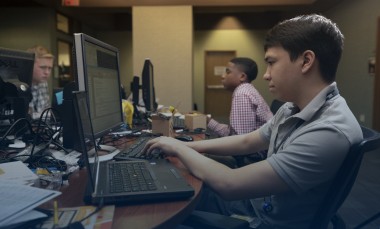 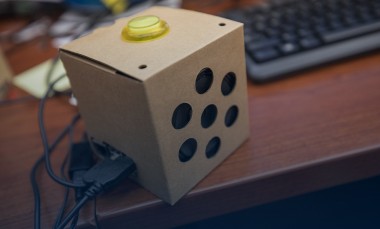 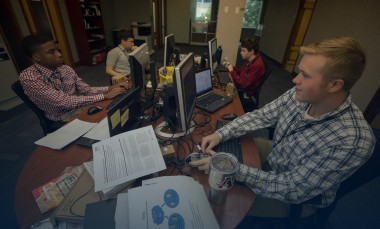 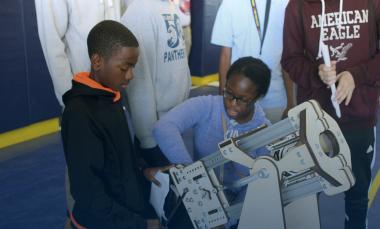 More than 100 Metro Atlanta students, teachers, parents and volunteers gathered at the Georgia Tech Campus Recreation Center earlier this month for the finale of a competition that combines STEM education and baseball.
06.05.2017 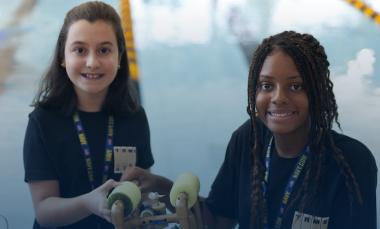