The U.S. Army and the Georgia Tech Research Institute (GTRI) are working together to develop a simulation in support of the Degraded Visual Environment (DVE) program.

A degraded visual environment occurs when helicopters landing on loose soil, such as desert terrain, stir up dust that creates brownout conditions which make it challenging for pilots to see obstacles on the ground. The simulation will support the development of a multi-sensor system designed to give U.S. Army rotorcraft pilots better situational awareness during these challenging conditions.

GTRI researchers are developing different ways to show fused sensor images to pilots during brownout conditions. In an Army cockpit simulator lab, experienced rotorcraft pilots will use the simulations to determine how information should be presented during high-stress approach, landing and takeoff conditions. The pilot feedback will assist the Army in defining the Pilot Vehicle Interface for the new Degraded Visual Environment (DVE) system that will be used on Black Hawk and Chinook helicopters. It will also be used to inform a milestone decision for integration into the Army aviation platforms.

“Pilots must be able to identify and avoid obstacles en route or on the terrain, in a real-time basis, and during challenging landing and takeoff conditions,” said Eric Grigorian, a GTRI senior research engineer leading the project. “We have modeled the behavior of radar and LIDAR [Light Detection and Ranging] sensors that detect potential obstacles and emulate how the sensor data is fused and presented to the pilots on the aircraft display. The LIDAR model creates a point cloud from the received imagery, estimating the location and height of objects in the field of view, and color coding obstacles based on the obstacle height, particularly in the landing zone.”

“During Crew Station Working Group (CSWG) events, aviators are then monitored for their performance during simulated flight approach, landing, and takeoff and will be asked to evaluate the features of the system and provide feedback on symbology and information displayed,” Grigorian said. Their preferences will be evaluated and included in the system.

The simulation project is challenging because the data comes from different sources, at different data rates and different resolutions. The emulator must work accurately under varying conditions, including daytime and nighttime operations. Because the system is used to analyze pilot interaction with the new sensors, the provided solution includes flexibility to easily reconfigure various parameters such as symbology sets, types of sensors, sensor performance characteristics, and symbology color.

In collaboration with the U.S. Army, GTRI is providing the simulation system to the Army to conduct human factors evaluations. GTRI’s Human Factors Branch, which specializes in human-computer interface (HCI) issues for other Department of Defense needs, is also assisting with this development effort.

“Many aspects come into play with the development of a system like this,” said Grigorian. “It’s critical to provide a representative sensor behavioral model to the pilots for best situational awareness with respect to the environment that impacts their mission and safety, particularly when rotor induced obscurants impair their visual cues during an approach to a landing zone or during takeoff.”

The GTRI developed simulation system will continue to evolve to inform the Army on potential upgrades to meet new requirements and adapting to new technology for better performance. The simulation will be used to evaluate future DVE upgrades in a System Integration Lab (SIL) before they are implemented on the aircraft. 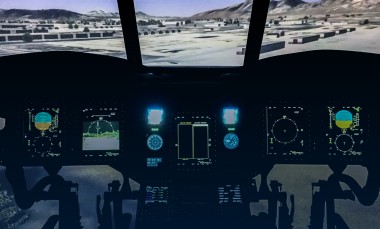 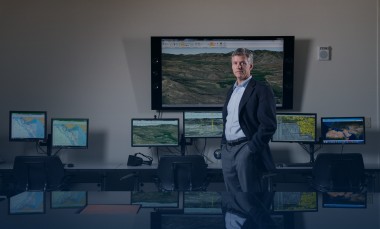 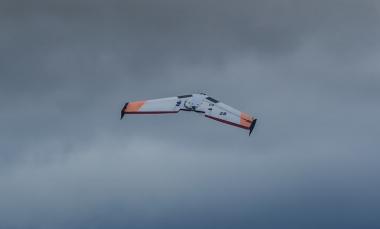