Hudgens holds a Ph.D. in ceramic engineering from Iowa State University. He has led research and development programs in national security, cybersecurity, quantum information science, and photonic microsystems. He also led programs in data analytics, synthetic aperture radar, and airborne intelligence, surveillance and reconnaissance (ISR) systems before becoming director of the $265 million-per-year TIC, which has a staff of 550 professionals working in six states and 136 different laboratories.

GTRI has more than 2,300 employees conducting nearly $500 million worth of research across a broad range of technology areas that focus on solving critical challenges for government and industry sponsors. GTRI is one of the world’s leading applied research and development organizations, and is an integral part of Georgia Tech’s research program.

“Georgia Tech, through GTRI, is entrusted with a vital role in our national security,” Hudgens said. “I know firsthand that GTRI and other Georgia Tech researchers are known for the exceptional quality of their work in delivering innovative solutions to the most complex national security challenges.

“It is a great privilege for me to join the combined University System of Georgia and Georgia Tech family to develop a shared vision for how we will build on this reputation to advance one of the nation’s leading technological research universities,” he added. “I thank Georgia Tech President G.P. “Bud” Peterson, Provost Rafael Bras, and Executive Vice President Abdallah for the honor of becoming part of GTRI’s 85-year legacy of service to the state of Georgia and our nation.”

“For decades, the U.S. government and industry have looked to Georgia Tech – in particular GTRI – as they seek to find and develop effective, creative solutions in national security and other mission-critical areas,” Peterson said. “We are pleased to welcome Jim Hudgens to lead one of Georgia Tech’s most important missions in support of our nation, region, and state.”

Hudgens’ selection came after a five-month national search during which he was one of four finalists to make presentations to Georgia Tech faculty and staff.

GTRI conducts research through eight laboratories located on Georgia Tech’s midtown Atlanta campus, in a research facility near Dobbins Air Reserve Base in Smyrna, Georgia, and in Huntsville, Alabama. GTRI also has more than a dozen locations around the nation where it serves the needs of its research sponsors. GTRI’s research spans a variety of disciplines, including autonomous systems, cybersecurity, electromagnetics, electronic warfare, modeling and simulation, sensors, systems engineering, test and evaluation, and threat systems. 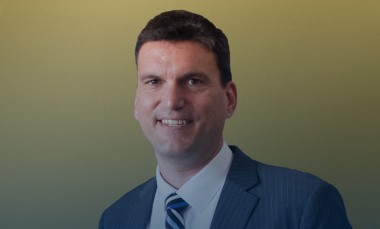