Carolina Colón was seven years old living in Puerto Rico when she stumbled across an old physics book in a trashcan.

At the time, Colón says she had no idea that her discovery would ultimately inspire her to pursue a career in science, technology, engineering, and math (STEM) and to participate in the GEM Fellowship Program at the Georgia Tech Research Institute (GTRI).

"My introduction to STEM was through that physics book," Colón said. "I started doing experiments in the book and the first experiment that I vividly remember doing was a viscosity experiment, which astounded me. After that, I knew that I wanted to go into science."

Each year, GTRI hosts fellows who are a part of the National GEM Consortium. GEM is an organization that recruits underrepresented minority students who are looking to pursue master's and doctoral degrees in engineering and science. Fellows have the opportunity to gain practical engineering summer work experience through an employer sponsor while earning a graduate degree at a GEM member university. The GEM Fellowship Program provides fellows with full tuition, fees, and an annual stipend through the sponsoring universities and employers.

Colón said her team at GTRI treated her as a peer rather than an intern, and trusted her to take the lead on several aspects of the project, including performing chemical reaction tests in the lab and developing the project's final product.

"Nobody ever doubted my abilities," Colón said. "I wasn’t just a researcher helping everyone else on the project, but was up there with them as we determined project specifics and figured out which path to take next."

Colón said she is grateful to be a part of GEM, which has allowed her to meet other GEM fellows who share similar backgrounds and experiences.

To apply for a GEM fellowship, candidates must be underrepresented members of groups in science and engineering as defied by the U.S. Bureau of Labor Statistics and must be in eligible career paths in engineering and science disciplines. They must then submit a statement of purpose, recommendations, transcripts, and a resume or curriculum vitae to GEM and also select their top three member universities and employers.

Candidates who select GTRI as one of their top choices complete interviews with the labs they are interested in working with.

Ruiz said GTRI pays a $20,000 fee to GEM for each student that it sponsors and also pays those students an hourly salary during their internship.

"GTRI's involvement with GEM is not an inconsequential commitment, but it's also something that speaks to how much GTRI is willing to put forth to participate in this particular program," Ruiz said.

He added that the program gives fellows the opportunity to gain real-world STEM experience while creating a pipeline of young talent for the organization.

"The idea is that when fellows graduate, if they've had a solid internship experience with their sponsor organization, the company would not only be interested in continuing to sponsor that student, but would also be interested in bringing on the student full-time," Ruiz said.

GEM fellows are paired with a GTRI employee who serves as their mentor throughout the internship by providing guidance and support.

Mentors select the projects that GEM fellows work on and try to align those projects with the fellow's background and career goals. GTRI funds the projects either internally or by assigning fellows to existing sponsored research.

Yatis Dodia, a GTRI senior research engineer who leads the Quantitative Methods Branch within CIPHER's Assured Software and Information Division, has served as a GEM mentor for the past two years.

During summer 2022 and 2021, Dodia worked with the same GEM fellow, Enrique Najera, who is currently earning his master's degree in electrical engineering at the University of Colorado. The pair worked on a project that involved researching emerging security practices for 5G telecommunications networks.

Dodia guided Najera on the technical aspects of the project and said he was impressed by Najera's knowledge of complex cyber concepts and eagerness to dig into the research.

"Enrique was incredibly sharp and self-guided," Dodia said. "I would guide him on technical, big-picture things and he would take those things and run with them."

Dodia added that the technical report Najera produced by the end of his fellowship would guide others in exploring critical security concerns and approaches in 5G.

Even though Najera's internship was held virtually both summers, Najera said he gained exposure to valuable skillsets, such as writing code in the popular programming language Python, which has helped him in graduate school. Najera also said his experience at GTRI has given him a clearer view of what career path he would like to pursue after graduate school.

"I thoroughly enjoyed my time working at GTRI, despite having never set foot in Atlanta," Najera said. "I found the guidance and mentoring I received every day during both summers to be invaluable, as it both helped me understand the work and shape my thoughts on where I might like to take my career."

To learn more about GEM and its participating universities and employers, please visit: About Us - GEM Fellowship. 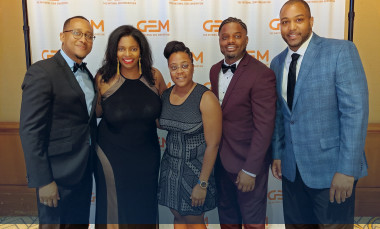 The Georgia Tech Research Institute (GTRI) is pleased to announce that they are now an employer with the National GEM Consortium — a network of leading corporations, government laboratories, elite universities, and elite research institutions that empowers qualified students from underrepresented communities to pursue a graduate degree in a STEM field.
10.05.2020 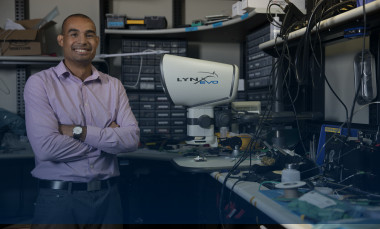 Elbert (Mike) Ruiz has loved to tinker since he was a child who dreamed of lab coats and beakers. Now a principal research engineer at the Georgia Tech Research Institute (GTRI), Mike shares the story of his family motivating his career and the mentorship he offers to students.
10.04.2021